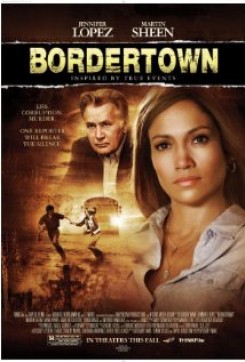 A journalist investigates a series of murders near American-owned factories on the border of Juarez and El Paso.

American Humane Certified Animal Safety Representatives™ were unable to directly supervise the animal action in Bordertown because it was filmed outside the U.S. and the production did not establish a contract for our oversight.

The animal action included mild bird and dog action, including a scene in which a dog walks very close to a moving vehicle and scene with a large fish in an aquarium.