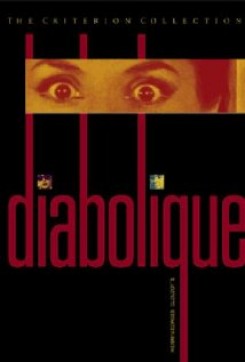 Guy Baran is the headmaster of an all boy's school. Mia, his wife, is the principle, and Nicole Horner, his mistress, is a teacher there. Mia and Nicole are friends even though Mia knows about Nicole and Guy's affair. Guy is an abusive person who controls both Mia and Nicole. They decide the only way to escape Guy's abusiveness is to kill him. They poison his drink, drown him in the bathtub and throw the body in the murky pool at the school. Their plan is that the autopsy will reveal that he was drunk, fell in the pool and drowned. When the body fails to surface, Nicole deliberately drops her keys in the pool in front of some of the students. When the pool is drained, the body seems to have disappeared and Mia and Nicole get worried. A newspaper is slipped under Mia's door that has a headline which states a body was found on the beach. She goes to the sheriff's office to identify the body, thinking it is Guy. It isn't. While at the sheriff's office, Shirley Vogel, a private detective, overhears Mia's conversation with the sheriff. She follows Mia and tells her she will help her locate her husband. Shirley finds the liquor bottle and Guy's cufflink in Nicole's apartment, but before she is able to confront Nicole, she gets knocked out by an unseen person. Mia is at her apartment and hears a noise from her computer which is flashing a message from Guy. She goes into her bathroom and finds Guy in the bathtub, looking like he is dead. Suddenly he rises causing Mia to have a heart attack, which turns out was the original plan. Nicole and Guy had staged his death so that Mia, who has a weak heart, would die from heart failure and they could take over the school, which was Mia's before she got married, and embezzle money from it. Mia, however, is not dead. Guy sees her eyes open and again he tries to kill her. Nicole regreting what she has done decides to help Mia fight Guy. This time they actually do kill him in the pool.

Mild animal action. The only animal in this film is a black and brown Pomeranian. Nicole needs an alibi, so she talks to her neighbor who holds and pets the dog. While Mia is upstairs poisoning Guy, Nicole socializes with her neighbors who sit on the sofa and give the Pomeranian a biscuit. The dog barks and is passed from the woman to the man.