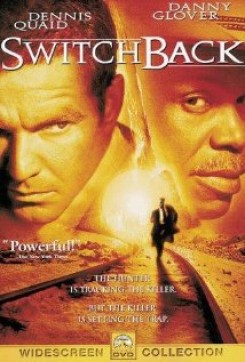 Going West In America is a film about a serial killer who kidnapps an FBI agents son. Before the kidnapping, Frank the FBI agent, was in charge of a task force investigating the killings. However, when his son was taken, Frank was immediately taken off of the case and reassigned. Three months later, after no word on his son, Frank gets a tip that a murder has taken place in Amarillo Texas, similar to that of his serial killer. Frank leaves his assignment and starts tracking the killer once again, hoping to find his son.

In the opening scene a baby-sitter hears a noise and goes to investigate. In the kitchen she encounters a cat at the back staircase leading upstairs. A screech is heard from the cat and then he is seen running from A to B away from the staircase and the baby-sitter. The trainer placed the cat on his mark and using a buzzer cued the cat from A to B. The sound of the screech was inserted in post-production.