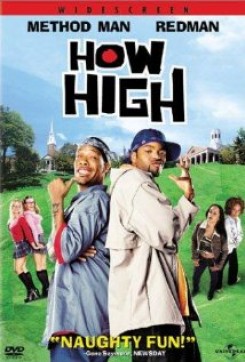 Two marijuana-obsessed friends, Silas and Jamal (Method Man and Redman), smoke the remains of their buddy Ivory - who literally "went up in smoke." Ivory comes back as a ghost and consults with the dead intelligentsia to help his friends get into Harvard University.

At Harvard, the friends encounter an uptight Dean bent on proving their ineptitude. To get even with the Dean, Silas and Jamal decide to ruin his prized possession, a precious tapestry, by luring several pigeons into his office and blowing up the birds on the tapestry. Several birds fly through the office window and the men feed the pigeons an explosive. The birds combust, scattering pigeon feathers and guts around the room. No live pigeons were harmed for this scene. Props were used for the pigeon parts and production hired a special effects company to create several life-like fake birds for the explosion and also purchased 8 taxidermy birds for the scene. After the explosion sequence was filmed, between 15 and 39 real pigeons were filmed eating feed that trainers had scattered on the ground. Trainers also flew 8 birds at a time through the window of the office and cued them to land inside. Cast and crew members tossed feed for the birds from off-camera for the duration of the scene.

Later, at a wild dorm party, a donkey joins the fun by attending. It walks through the corridor to the party and drinks out of the punchbowl as others cheer it on. The morning after, the donkey is found sleeping on the grass outside the dormitory next to a girl, who has her arm draped over it. For the donkey's grand entrance, a trainer dressed as a party-goer led it through the crowd while another trainer helped guide the animal from off-camera. A trainer led the donkey to the punch bowl and gently held its head down towards the bowl, where it did not actually drink. The donkey was trained to lie on its side, and the scattered beer bottles around it were placed there after it was down. The girl lying next to the donkey on the grass was actually a trainer in disguise, who held onto the animal's foot to keep it secure. The donkey got to stand up and stretch between takes.