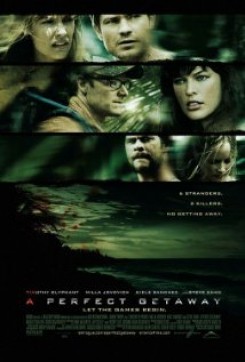 Two pairs of lovers on a Hawaiian vacation discover that psychopaths are stalking and murdering tourists on the islands.

American Humane Certified Animal Safety Representatives™ were unable to directly supervise the animal action in A Perfect Getaway because it was filmed outside the U.S. and the production did not establish a contract for our oversight. The animal action in the film consists of a dead goat that is gutted and skinned.