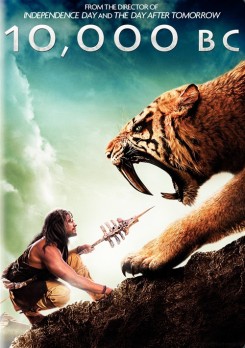 10,000 B.C. follow a young hunter's journey to secure the future of his tribe.

American Humane’s Animal Safety Representatives were unable to directly supervise the animal action in 10,000 B.C. because it was filmed outside the United States and the production did not establish a contract for our oversight.

However, the production submitted some information regarding the animal action and provided a pre-release screening of the film, as requested by American Humane.

Click here for more information on how filmmakers work with American Humane, as well as a complete guide to our ratings system.