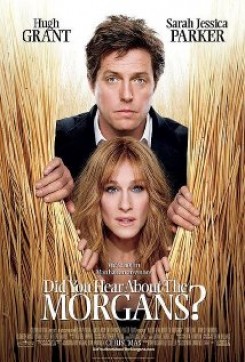 Did You Hear About The Morgans?

The marriage of two high-powered New Yorkers is on the rocks, but before they can even decide if it is worth reconciling, they witness a murder, forcing them into the Witness Protection Program and relocating them to a tiny, slow-paced rural town with no outside communication.