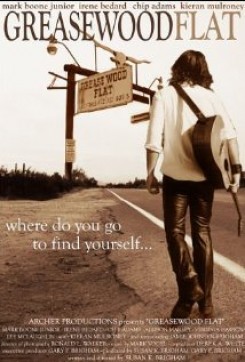 A down on his luck blues musician, Johnny (Chip Adams), returns home to the family ranch, Greasewood Flat, to finally face certain responsibilities.

At the ranch, a man walks over to a horse standing in a stall and climbs into the stall to pet it. Later, a girl runs up to the horse in a corral and pets and kisses it. Horses are also seen in the background of several scenes, sometimes eating hay or just standing still in a corral. The fictional Greasewood Flat ranch was filmed at a real dude ranch in Arizona that housed approximately 25 horses with their own stables and feeding areas. Professional wranglers brought in 2 trained movie horses for the close-ups. For the scenes in which a horse had to stand still with an actor, trainers placed hay in front of the animal to keep it stationary or a trainer stood in front of the horse holding its legs still under the camera frame.

In one scene, a girl catches a man on her horse and screams at him to get off of it. The experienced horse was unphased by the commotion, and trainers stood nearby off camera to supervise. The actor was aided onto the horse with the help of the trainers. Later, another character and the same girl ride the horse slowly through a shallow riverbed. The area was cleared for any harmful debris before filming. During the auction scene, a man leads the horse gently by its reins through a path in front of people. The horse was unphased by this action.

Also at the ranch is a pig named "Pork Chop." As it stands in its pen, a woman dumps a bucket of food inside and the pig happily digs in. The pen was built especially for the pig, complete with plenty of shade and a water hole to keep all its little piggies cool.