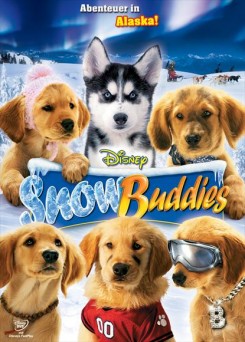 Five mischievous golden retriever puppies accidentally wander onto a cargo plane to Alaska, where they befriend a husky puppy who is trying to help his owner Adam (Dominic Scott Kay) get a sled team together for a dog sled race. Soon the husky realizes that the five puppies and he would be enough dogs to make a six-dog sled team, and Adam would be able to enter the race.