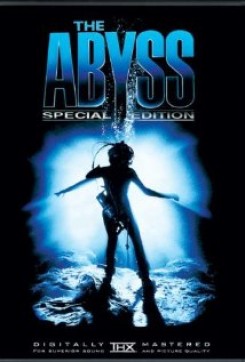 A nuclear submarine crashes and sinks 2,000 feet under the sea off the coast of Cuba. The Navy enlists the aid of nearby oil rig workers and their equipment to see if there are any survivors on the sub. Their supervisor is a woman, who is the estranged wife of one of the workers. They locate the sub and begin their search which is hampered by an approaching hurricane. An accident plunges their rig over an abyss and they sink. They have only 14 hours of air left and the hurricane will last longer. To complicate matters further, they discover that a trigger-happy Navy man has brought a nuclear weapon aboard the rig.

There are some unusually spectacular special effects and underwater sequences. One of the men keeps a pet rat on the rig. To demonstrate how a man could breathe although totally submerged in oxygenated liquid, the rat is subjected to the anxiety of being submerged in this liquid, where it panics and struggles and is then pulled out by its tail as it expels the liquid from its lungs. Although the rat survived and is kept as a pet by the director, we do not feel it was necessary to subject the rat to this experiment for the purpose of filming the scene.

Before The Abyss began filming, American Humane sent two letters to the producers asking if they would be using animals. When there was no response to either letter, we phoned the producer's office and were told there were no animals in the film. Therefore, AHA was not aware of the scene involving the rat and was not on the set.