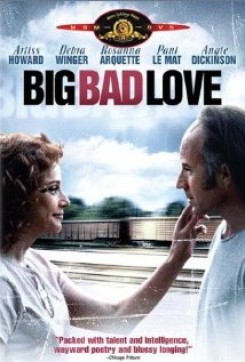 Rural Mississippi is the setting for this poignant story about a struggling writer, Barlow, who grapples with rejection from both publishers and his ex-wife. Working as a part-time house painter alongside his best friend, he only gets partial visitation with his two children and finds comfort in beer and waking dreams that reflect an idyllic vision of his life. He continues to write and send out his manuscripts with passionate perseverance, but ironically finds success only when it is tempered by tragedy.

A yellow dog shares Barlow's world and although he seems a bit the starving stray, he is affectionately thought of and fed by his human companion. The yellow dog was played by a mixed breed named Rip that was rescued from a shelter. The dog's natural body type was slender, although the trainer fed the dog well. All the animal action involving the dog was mild and prepped prior to filming by the trainer. The dog responded to verbal and hand commands and received ample food rewards. A second dog character, a chocolate Labrador Retriever, appears in the film sniffing and running in the rain. This dog was owned by a crew-member.

In another dream, Barlow sees a steer being led into his house. For this scene, a steer that had experience in rodeo halftime parades was used. A special ramp was built to facilitate getting the steer in and out of the house. The animal appears to be quite comfortable in front of the camera.

Another contented-looking performer is a small pig. While driving along a country road Barlow and his friend pass a man on foot who is carrying a pig in his arms.