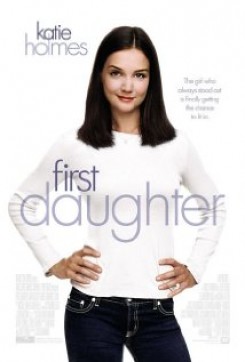 When first daughter Samantha Mackenzie (Holmes) goes to college, she begs to enjoy the experience without the constant company of a fleet of Secret Service agents. To appease his girl and his conscience, President Mackenzie (Keaton) assigns one of the youngest agents to follow her around campus disguised as a student. The plan seems to work, until they fall in love and his true identity is revealed.

In the opening sequence, a young Samantha uses a teacup to cover a frog sitting on the lawn. After capturing the frog, she holds up the dish and shows off her prize. For this scene, the trainer stood close by as the actress gently placed the cup over the frog. The amphibian was cooled slightly before the shot to keep him from jumping away.

American Humane did not monitor the scene in which the university mascot knight rides a white horse during the bonfire event.