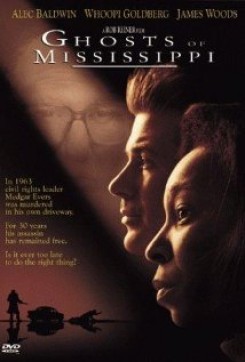 Ghosts Of Mississippi is a film about Medgar Evers, the first field secretary for the NAACP in the state of Mississippi, who was assassinated on June 11, 1963. In 1989, twenty-five years later, Myrlie Evers, Medgar's widow, successfully convinces Bobby DeLaughter, the assistant district attorney, to reopen the case against Byron De La Beckwith for the murder of her husband. Beckwith had been tried twice for the murder of Medgar with both outcomes resulting in a mistrial. However, after twenty-five years of waiting, the justice system and country that Medgar believed in and fought so hard for, finally came through for him.

One evening DeLaughter and two of his co-workers go out to the country to meet an informant and a flock of birds is seen flying out of some bushes into the air. Two hundred and twenty-five quail were brought in for this scene. A trainer released twenty-five quail at a time for each take and at the end of shooting, all 225 were released in the area. American Humane was present on set to monitor the animal action.