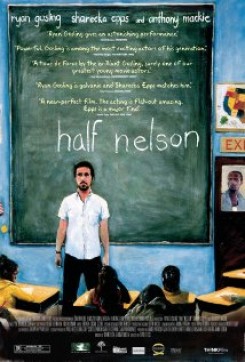 Dan has a cat named Dave that appears in a few scenes, performing natural feline behaviors. This cat belongs to director Ryan Fleck and co-writer Anna Boden, and they cued the cat as needed to perform the mild action as he spends time with Dan. A fake stuffed animal prop was used to represent dead Dave.

When Dan visits Frank (Anthony Mackie), he picks up a cat in front of the house but sets it back down when Frank tells him he can't bring the cat inside. According to Anna Boden, this cat was a stray hanging around the set in the New York neighborhood where they filmed, and Ryan Gosling was inspired to incorporate it into the scene. The cat walked into the scene during the take, and the actors improvised around the situation. The stray cat has since been adopted by the film's wardrobe supervisor and named Chino.