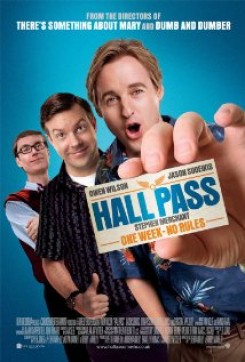 Rick and Fred, two husbands who are having difficulty in their marriages, are given a Hall Pass by their wives: for one week, they can do whatever they want.

Dog and Snake Action A man walks two big dogs on leashes in one brief scene. Later, a man holds a large snake on his shoulders as a crowd gathers outside a bar. These scenes were achieved in the same way: The owners of the animals doubled as the actors in the film. All grounds were inspected ahead of time, and cast and crew were instructed on the handling of the animals.