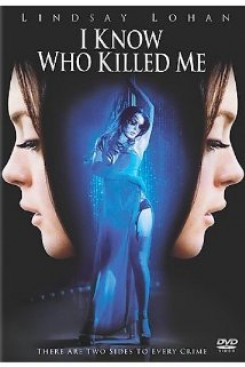 I Know Who Killed Me

"American Humane monitored the animal action" Aubrey Fleming (Lohan) is rescued after being abducted and tortured by a serial killer. When she awakes she believes she is someone else. Now the doctors and police wonder if she is suffering from post-traumatic stress disorder or if something else is going on.

An owl is seen on a tree branch. A trainer placed the owl on the branch, attached a thin monofilament line to one leg of the owl and stood off camera holding the other end of the line. A woman holds a cat in her arms while talking to a policeman. The actress and the cat were introduced to each other before filming began so they were comfortable with each other. A trainer handed the cat to the actress right before the camera rolled and stood just off camera to retrieve the cat once the scene was completed. American Humane did not monitor other scenes with the cat. As Aubrey is driving down the street she swerves to avoid hitting a fox that crosses in front of her car. This scene was filmed in front of a green screen. One trainer released the fox who walked over to another trainer waiting with a crate and a treat. The car was added in later in post-production. American Humane did not monitor a scene with an opossum.