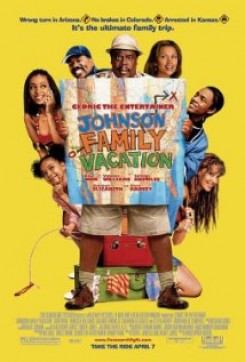 Nate Johnson (Cedric The Entertainer) and his family embark on a cross-country road trip for their annual family reunion in Missouri. Reluctantly along for the ride are Nate's estranged wife Dorothy (Williams); their rapper-wannabe son DJ (Lil Bow Wow); their way-too-sexy teenage daughter Nikki (Solange Knowles); and seven-year-old Destiny (Gabby Soleil), who has an imaginary dog that is always getting lost. Although the journey goes hilariously awry with every bend in the road, each family member comes away with a deeper appreciation –and tolerance – for their kin.

This film contains one scene of intense action involving a baby alligator.

As Nate and his wife lie asleep in their hotel room, a baby alligator wriggles through the heating vent and crawls up into the bed. When he wakes up, Nate discovers the gator under the covers and frantically jumps out of bed. First he swats at the gator with a slipper, and then wrestles with it on the bed. Finally, Nate carries the alligator to the bathroom and proceeds to bang its head on the sink and submerge it in the bathtub full of water. DJ jumps in to help him at this point, and Nate takes the animal out of the tub and holds it up. Just then, the young hitchhiker that the family picked up earlier that day comes into the bathroom. It seems the creature is her pet, because she attaches a leash to the collar the gator is wearing and takes the reptile from Nate's arms.

The next scene shows the Johnsons taking off in their car, leaving the hitchhiker and her unconventional pet behind. To accomplish this sequence, a trainer released the alligator into a chute that led down to the vent. The bottom of the vent was left open so the gator could push it open and crawl out. The tail of the reptile seen crawling on the floor and under the covers belonged to an animatronic alligator made especially for this production. When the alligator appears under the covers between Nate's legs, a trainer doubled as the actor. Wranglers stood just off camera supervising the sequence where Nate comes after the alligator with a slipper, and the actor and house shoe never actually came close to the reptile. For the rest of the scene, the animatronic gator filled in for the real one.