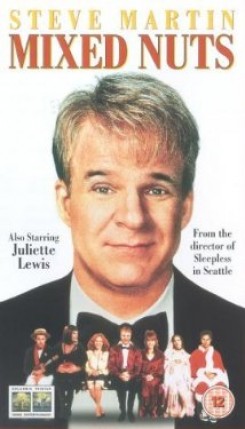 The events focus around a crisis hotline business on one crazy night during the Christmas holidays.

In the elevator scene, the dogs bark and yap at Mrs. Munchnik. They are merely responding to a visual command by their trainer. In later scenes, the dogs are seen being walked. Other animal action includes three Venice Beach natives dressed as the Three Wise Men holding a donkey by the reins to afford people a photo opportunity. Later two donkeys are tethered to a palm tree along the boardwalk as part of a modern day nativity scene. For both these scenes a wrangler had merely placed the donkeys in position. When Felix goes to a veternarian, we see several dogs in cages at the clinic. These animals were placed by their trainers prior to shooting.