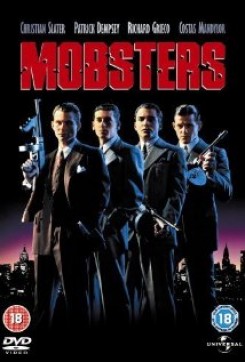 Charlie Luciano, having seen his father's life ruined by the mob as a child, grows up to become "Lucky" Luciano. Lucky and some childhood friends, Joey, Frankie and Eddie, become one of the most feared and deadly gang of mobsters. They are in charge of running all illegal alcohol throughout the city of Chicago. This story portrays growing up in the mob, with all the blood-shed, treason and hardships that must be endured.

Animal action is very mild. In one scene as Lucky and a few companions are talking in the park, we see a lion and a leopard passively sitting behind bars in separate areas of a typical zoo of the period. In two other scenes a poodle is seen as the pet of Lucky's girlfriend.