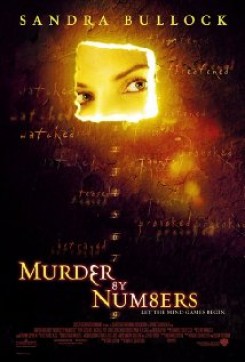 Sandra Bullock is Cassie Mayweather, a hard-nosed investigator with a mysterious past whose current assignment is a murder case that is more than meets the eye.

As Cassie enters a suspect's garage to search for evidence, she is surprised when a baboon jumps out from the darkness and onto Cassie's arm. She struggles with the animal and it bites her. Cassie manages to shake it off and the baboon jumps onto a shelf and continues to scream at her. Two baboons named Camilla and Dagney shared the role of the attacking baboon. Their trainer doubled as Cassie. After carefully placing the animal on its perch, the trainer called to either Camilla or Dagney to "come" and the baboon would jump onto the trainer and give her a hug, then they would affectionately roll around on the floor together. The baboon's menacing snarl was actually a smile and her screams were really baboon "speak." A fake baboon puppet was also used for the close-ups with Sandra Bullock. Also, fake blood made of corn syrup and food coloring was applied to the animal's mouth to simulate the bite.