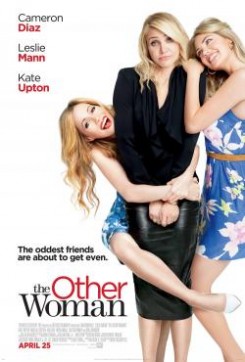 A woman befriends the wife of the man she's been sleeping with. Together they plot their revenge.

Throughout the film, Leslie Mann has a dog seen performing such mild action as sitting/standing/lying, being petted, and walking/running on or off leash. For all of these scenes, trainers used hand signals and verbal commands to cue the mild action, which the trained dog was accustomed to performing. The barking/growling was also a trained behavior.

In the scene where the dog jumps into the car with the actress and they drive off, production blocked off street to traffic, and trainers rehearsed scene thereby getting the dog accustomed to jumping and sitting in the pick-up truck. The dog was rewarded with treats after cutting camera.

Pigeons in the park were caught on film in their natural habitat.

Due to limited resources, American Humane Association did not monitor the scenes involving the dog defecating, carrying a beverage in his mouth and performing other mild scenes.