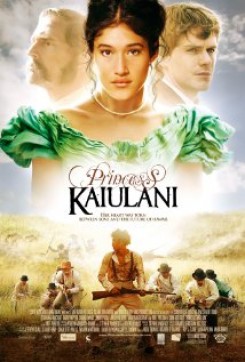 The true story of a Hawaiian princess' attempts to maintain the independence of the island against the threat of American colonization.

Before filming, all grounds were inspected for hazards and sets were closed and secured. In the film, horses are seen performing such mild action as being ridden, standing tied to posts, running on the beach and being groomed. For these scenes, well-trained horses were ridden or surrounded by costumed trainers or experienced actors who were skilled at riding, mounting and dismounting. Before filming began, all actors were given riding lessons and instructions on handling the horses. Actors were also instructed on how to pull animals by ropes or lead lines. All galloping scenes were well-choreographed, and actors used caution while on and near the animals. Guns and weapons were props, and smoke effects were water-based and safe for both humans and animals. For scenes in which teams of horses pull wagons or carriages, the drivers were experienced and the horse teams were familiar with each other and accustomed to the pulling action. The deer grazing in the grass were caught on film in their natural environment, as were the birds flying in the sky and the ducks swimming in the lake.