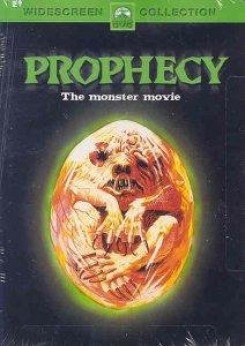 Reports state that a raccoon was beaten and traumatized during production of the sci-fi thriller, Prophecy.

A crew member called AHA's Hollywood office to report that a raccoon was in danger of being beaten to death for a scene. Humane Officer Gordon Jones raced to the studio and stopped the action. "The actor had had enough of hitting the raccoon, and he was trying to go easy and fake it, but the director was screaming for him to keep going and hit it harder," Jones said. He further added, "I asked them to stop, and they did. In the movie, the raccoon is thrown into a fire, but I made sure they used a dummy." Nonetheless, AHA rated the film Unacceptable for the animal abuse that occurred.