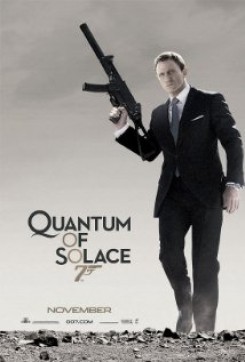 On his journey to uncover the truth about why his last lover betrayed him, James Bond (Daniel Craig) encounters a power-hungry, corrupt businessman whose goal is to control one of the world's greatest resources at all costs — including murder and deception.

American Humane's Certified Animal Safety Representatives™ were unable to directly supervise the animal action in Quantum of Solace because it was filmed outside the United States and the production did not establish a contract for our oversight. However, the production did provide a pre-release screening of the film, as requested by American Humane.