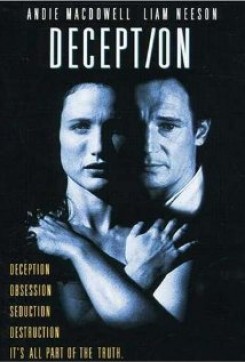 Ruby Cairo is a mystery/adventure which takes an attractive widow on a treasure hunt to some exotic countries as she unravels the clues leading to a fortune and learns the circumstances of her husband's death. Elizabeth "Bessie" Faro lives quite happily in a run down house where she cares for her three small children and her husband, Johnny. The home is close to the airport where Johnny has his own business, the debt-ridden Faro Aircraft Salvage. Johnny occasionally flies his plane into Mexico on business and on one trip his plane crashes, killing Johnny. The heartbroken Bessie must fly to Mexico to identify his charred remains and make funeral arrangements. While there she finds some old baseball cards, which, she discovers, Johnny has secretly coded with bank account numbers. One of the banks is in Mexico and she closes the account and claims the money. She brings Johnny's body home for burial, but vows to find the rest of the money. As she unravels the puzzle, her search takes her to Berlin, Athens and Cairo.

Animal action is minimal and was filmed in the United States plus a variety of foreign locales. Animals contribute to the atmosphere, such as pigeons in a Mexican Plaza, oxen, donkeys, and camels in appropriate Egyptian settings, and horses in an Ohio pasture in a flashback to Johnny's courtship of Bessie. In other animal action, Johnny's dog, Plato, is seen dozing on a tarmack at the salvage company and later Plato is seen briefly barking behind the fence. As Bessie's hand searches underneath a desk, she doesn't see a tarantula lingering close by observing her actions. A dog is seen briefly in the back of a pick-up truck with some children. A climactic Egyptian scene was actually filmed in the United States. In this indoor scene cats are atmosphere and several doves are in a large cage. The doves were caged at all times and were rotated on set with other doves kept off the set to avoid stressing any birds. A hawk on a perch also appears in this scene. The trainer placed the hawk in position. To get the hawk to ruffle his feathers, the trainer placed a small amount of water under the bird's feathers. To get the hawk to move and cock its head, the trainer crinkled paper and whistled lowly to get the appropriate movement. America Humane was on the set for scenes filmed in the United States. Professional animal trainers were used for scenes filmed outside the United States. These trainers all received a copy of American Humane guidelines. American Humane also discussed the film with the production company and screened the movie.