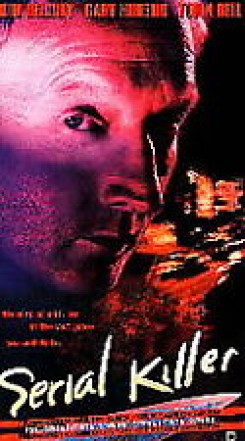 A present day murder mystery thriller set in Los Angeles about a female FBI agent who specializes in apprehending psychological criminals. After assisting the police in sending a deranged killer to the penitentiary, she is being stalked now by this man after he has escaped from prison under most unusual circumstances.

The killer begins his crime spree again by finding vulnerable women in their homes, binding them with tape, raping them, and dismembering their bodies. He then arranges the various arms, legs and internal organs in an artistic collage of bloody human bodyparts.

For video release only, this film is one sordid encounter after another of women being tortured, including an elderly grandmother. Finally, with the able assistance of her boyfriend, — a Los Angeles police officer,— the two of them track down the weirdo, and kill him to the relief of many women in the city.

The animal action is minimal. Its primarily that of a large ugly dog (so described in the script) which belongs to the neighbor of the leading actress. There is a scene in which the dog is distressed and barks loudly as his mistress (the neighbor) is being tied up , raped and the eventually murdered by the escaped prisoner. Later the dog jumps up on the apartment door, attempting to help the female FBI , who is in the apartment, and being attacked by the villain .