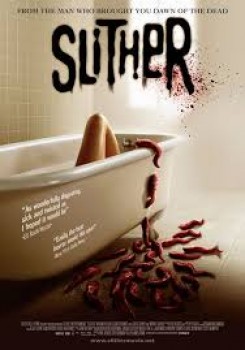 A small town is taken over by an alien plague, turning residents into zombies and all forms of mutant monsters.

This film is carrying an unauthorized end credit that states,"No animal was harmed during the production of this film." American Humane did not issue that disclaimer and was not notified by the production before filming began. When American Humane learned of the illegal disclaimer, Universal Studios was contacted and a screening was given to American Humane. The film had already been completed when Universal purchased it. By the time it was brought to Universal's attention that an illegal disclaimer was on the film, the movie had already been distributed to theaters that were going to run it. Universal Pictures agreed to remove the unauthorized disclaimer from the DVD when it is released.

The American Humane Association's Film & Television Unit's work is funded by a grant from the Industry Advancement and Cooperative Fund – administered by trustees from the Screen Actors Guild (SAG) and the Alliance of Motion Picture and Television Producers (AMPTP) – which allocates resources solely to cover SAG domestic projects working under the SAG/Producers codified agreement.

Although Slither was an international project, productions filming abroad do have the option of contracting for American Humane's monitoring services. However, this does not guarantee that the film will receive an End Credit Disclaimer, since the Disclaimer is awarded exclusively on the basis of the animal treatment during production. The filmmakers did not request our services for this production, and since American Humane was not present to witness the extensive animal action firsthand, we are rating the film "Not Monitored".

1) Registering on our website and indicating your interest in "No Animals Were Harmed®." The more people who register, the stronger American Humane's impact will be on actors, producers, and film distributors.

3) Letting your voice be heard. At the movies, stay through the end credits to be sure the film received the "No Animals Were Harmed" Disclaimer. If you do not see it, e-mail your concerns to American Humane at info@americanhumane.org