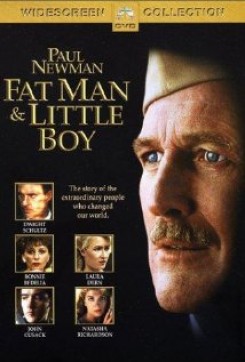 Lloyd Christmas and Harry Dunn are Dumb and Dumber in this comedy about a love struck chauffeur and his buddy. When Lloyd Christmas, an inept chauffeur, drives Mary Swanson to the airport to catch a plane to Aspen, he immediately falls in love. He is so captivated by her that he continues to watch her walk through the airport. In an attempt to be cavalier, he grabs a briefcase that Mary has left behind in the terminal. Inadvertently, he has foiled her attempt to pay a kidnapping ransom. Since he misses her flight, he returns to his apartment with the briefcase. He then convinces his roommate and future business partner, Harry Dunn, to travel to Aspen with him to return the briefcase. Of course, Lloyd also hopes to woo Mary. Lloyd and Harry have hopes of opening a pet store one day called "I Got Worms," where they plan to sell worm farms. They have a prototype of this worm farm in their apartment, along with a pet parakeet, Petey. Harry works as a dog groomer completely outfitted in a dog costume and driving a van which is also decorated like a large shaggy dog. However, he is just as inept as Lloyd and soon they are both unemployed. Considering they have few prospects, little money and come home one day to find Petey's head has fallen off, they set out for Aspen in the "Mutt Cutts" van. Unfortunately, they are followed by the thugs who were to pick up the briefcase in the first place. These thugs are also responsible for Petey's untimely demise. Lloyd sells what few possessions they have including Petey. In a flashback, we see Petey with his head now sloppily taped onto his body being held by the unsuspecting blind boy who bought the bird from Lloyd. Now, having the money for the trip, they set out. There are a series of mishaps and incidents on the way to Aspen, all prompted by the dumbness of our heroes. However, they do manage to get to the resort town and in another "dumb" incident find out that the briefcase contains lots of money. In an attempt to impress Mary, the two buffoons decide that they will live the high-life and put IOU's in place of the money they borrow. In a series of incidents fraught with bathroom jokes and mishaps, the boys find they are both vying for Mary's attention. The bungling Romeos are unaware that Mary is married and the ransom was to save her husband. Eventually, they manage to help save the day and for that are forgiven for their spending spree. However, they set off again to follow their dream of a worm store and continue to remain chronically dumb and dumber.

Animal action is simple in this film consisting of a variety of dogs, a parakeet and pigeons. In the opening scenes where we are introduced to Harry and his "Mutt Cutts" business, we see a variety of dogs in his van. Harry is transporting the canines to a dog show and gets hungry. He stops at a fast food restaurant and buys some lunch for himself and the dogs. Back in the driver's seat, he calls them up to the front of the van, one by one, to give them their take-out orders. For this scene, the trainers were behind the curtain that separated the front and back of the van and placed the dogs between the van seats when the sandwich or dog's name was called. A carry-kennel was put between the seats so the smaller dogs could be seen by the camera. A platform was placed behind the carrier so that the dogs could get up and down with a minimum of assistance. The scene was shot in cuts. The van was set on a trailer that simulated movement making it appear as if Harry was driving and serving at the same time. The van was not actually moving for some of these interior shots. Other camera angles were shot as the trailer and van were pulled around the city at a slow pace accompanied by a police escort. Harry appears to be driving at a reckless pace and the dogs are presumably sliding around in the back of the van. Harry has also thrown the condiments into the back of the van so that the dogs can help themselves. By the time he arrives at the dog show, the animals are a complete mess, covered in mustard, catsup and relish, to the complete horror of their owners. For this scene, the dogs were covered in a water soluble gelatin, colored with yellow, green and red to simulate the different condiments. The animals were placed into the van by their trainers, given voice commands and rewarded with food and praise for their actions. When we see Harry and Lloyd at home, we also see Lloyd's worm farm and Harry's pet parakeet, Petey. The worm farm appeared to contain no live worms and was built by the prop department out of an aquarium filled with dirt and spaghetti. For scenes in which Petey is alive, a real parakeet was placed in the cage by his trainer. In the scenes where we see the thug reach into the cage to kill Petey and later Petey with his head taped back on, a fake parakeet was used. In a dream sequence when Lloyd is fantasizing about meeting Mary again, he goes to her door and as she opens it, birds flutter up behind her. For this scene, pigeons were released by their owner. The birds' coop was only fifty feet from the doorway where they were released and they simply flew back to the coop. Once the boys reach Aspen, they find that Mary is the daughter of a prominent and wealthy man who is sponsoring a fund raising event to save the Snowy Owl. They get dressed up in gaudy tuxedos and crash the Preservationist Benefit, where we see two Snowy Owls in a large cage on display. Being the klutz that he is, Lloyd pops a bottle of champagne only to have the cork hit one of the owls, killing off yet another of the precious endangered species. For this scene, fake mechanical owls were used. Other animals used as background atmosphere in Aspen were ducks swimming on a pond and a horse and carriage.