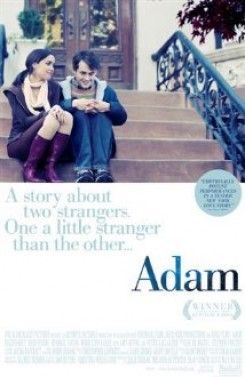 Adam, a lonely man with Asperger's Syndrome, develops a relationship with his upstairs neighbor, Beth.

The animal action seen in the film is a scene in which two raccoons are shown romping around with each other in a park at night.