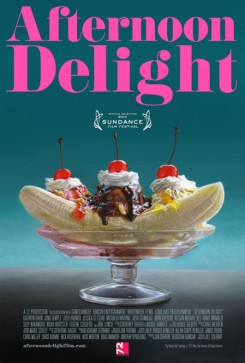 When her life becomes repetitive and boring, a bored housewife finds a way to spice it up.

Throughout the film, one main characters has a dog seen performing such mild action as sitting/standing/lying, and walking off leash. For all of these scenes, trainers used hand signals and verbal commands to cue the mild action, which the trained dog was accustomed to performing.