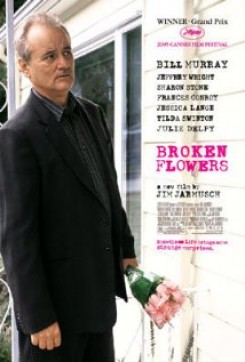 When a pink, unsigned letter arrives with the news that he may have a 19-year-old son he never knew of, confirmed bachelor Don Johnston (Bill Murray) goes on a cross-country quest to locate four former girlfriends and confront his checkered romantic past. Next door neighbor and armchair sleuth Winston helps Don plan his itinerary and get to the bottom of this filial mystery.

How to make sure the American Humane Association is there
Because the film industry is vast, American Humane needs your support to better protect animals used in entertainment. You can help make sure the American Humane Association is there to monitor animal action in future films by:
1) Registering on our website and indicating your interest in "No Animals Were Harmed."® The more people who register, the stronger American Humane's impact will be on actors, producers, and film distributors.
2) Choosing to spend your money on films that express a commitment to the humane treatment of animal actors. Before buying tickets, look for the review of the animal action and make sure the film's producers have taken the right steps to ensure animal safety and well-being.
3) Letting your voice be heard. At the movies, stay tuned through the end credits to be sure the film received the "No Animals Were Harmed" Disclaimer. If you do not see it, e-mail your concerns to American Humane at info@americanhumane.org.