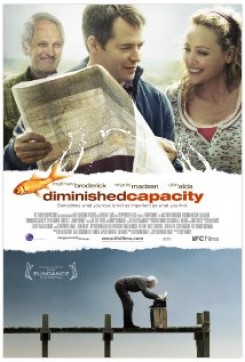 Cooper (Matthew Broderick) returns to his hometown, where he finds out that Charlotte (Virginia Madsen), his high-school sweetheart, is single. The two of them take Cooper’s Uncle Roland (Alan Alda), who suffers from Alzheimer’s, to a memorabilia exposition to sell a rare baseball card.

SnakeA snake dangles from a beam in the attic when Roland shows Cooper his baseball card. For this brief part of the scene, a trainer placed the snake on the beam moments before filming and stood just off-camera to retrieve it afterwards. The set was open only to necessary cast and crew.Guinea HensThree guinea hens are seen on top of Wendell’s (Tom Aldredge) parked car. For this brief and mild action, a trainer placed the birds, which had monofilament lines around their legs, on top of the car. The lines were tied to the car’s windshield wipers and the trainer stood just off-camera.The birds were not retrieved afterwards, but were released into the wild. The trainer remained in the area to try to locate the birds and was instructed to contact American Humane upon doing so. American Humane was told all the birds were captured a month later. For this reason, this production gets a modified disclaimer. The production did not use the footage of the birds in the theatrical release of the film.