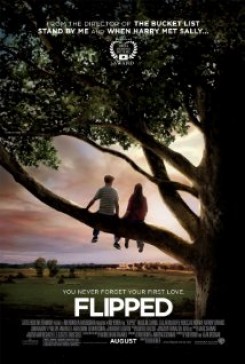 An eighth-grade boy narrates the story of his family and his complicated relationship with a neighbor named Juli, a classmate who has a crush on him and opens his eyes to new things.

Chickens are seen in Juli's (Madeline Carroll) backyard several times in the film, sometimes in a coop, sometimes walking freely on the grass. Several hens were used in these scenes, and all were accustomed to each other. The actress had been well-rehearsed and instructed on the chickens' proper handling. The yard area was fenced off with chicken wire.

Trainers placed the chickens on their marks and allowed them to do whatever came naturally, retrieving them or holding them between takes. Two trainers hid just off-camera during these scenes. The feed that the actress tossed was the animals' usual food. The shot in which Juli appears to throw food at them more forcefully was done in one take, and the feed had been scattered on the ground beforehand to keep the hens' heads down. After the one take, when the chickens appeared to react to the actress' movement, this action was ceased immediately.

In one scene, Juli shows the students and teachers her science project of recently hatched chicks in an incubator. Moments before filming, trainers placed the chicks in an incubator set to an ideal temperature and allowed them to do whatever came naturally. They retrieved the chicks immediately after filming a couple of takes. For the brief shot of a chick hatching, the egg was ready to hatch and had been incubating safely in the proper environment. Trainers placed the egg on its mark and then filmed the chick hatching, which happened almost immediately, since the egg had already been in the cracking stage of the natural hatching process. Farmers properly cared for the chick after it hatched.

For the shot in which Juli's dad shows the egg's embryo in the light, this was an effect added in post-production.

A snake in an aquarium slithers around near an egg, and then eats it in a close-up shot. The entire eating process and regurgitation of the egg shell is shown. The aquarium was checked ahead of time for safety and made a comfortable temperature. A trainer placed a snake in the aquarium, and allowed it to do whatever came naturally. The trainer picked up and held the snake between takes. The snake did not disturb the egg, nor was it given enough time to, since the takes were short. The shot of the snake eating the egg was stock footage, which the production provided documentation for.