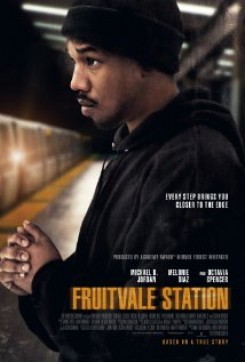 True story of a Bay Area resident who crosses paths with family and friends on his last day on earth.

Although there is limited animal action in this independent drama, there is an intense scene where a dog gets hit by a car. Rest assured the American Humane Association was there the day they shot this particular scene.

In the scene where the dog gets hit by a car (not seen on-screen) and the dog is seen lying in the middle of the street with his face covered in blood. Subsequently, the actor picks him up and the dog whimpers and dies. In order to achieve this scene, production shut down traffic on the street. The director filmed the actor walking with his dog. The dog runs off-camera, and they cut. The sound of the car screeching and hitting the dog was never filmed and the sounds were added in post-production. Trainers cued dog to lie down and put non-toxic fake blood on his face. They filmed him facing away from the camera and cut film. The dog’s whimpering was also inserted in post-production