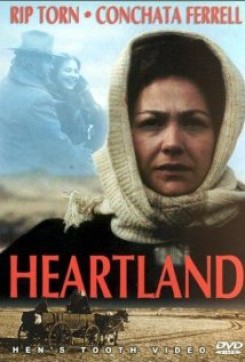 Heartland realistically depicts the hardships of ranch life in Wyoming during the early 1900s.

AHA was not notified of the filming of Heartland in Montana and did not have a representative present to monitor the animal action, which included the branding and castration of cattle and the killing of a pig by shooting it in the head and then slashing its throat.

In October 1981, AHA's LA office director at the time, Carmelita Pope, spoke to the Executive Producer of Heartland, Annick Smith. Smith stated that the branding and castration of the cattle were being done by the ranchers who owned the animals. Nonetheless, on November 3, 1981, Pope sent a mailgram to President Ronald Reagan protesting the on-screen killing of a pig in a film funded by the National Endowment for the Humanities. Pope also contacted Joseph Duffy, Chairman for the National Endowment for the Humanities, via mailgram, regarding the pig slaughter. On December 1, 1981, Duffy responded in a letter stating that "the film attempted to capture life on the frontier. Killing animals for food was a natural and unavoidable part of this survival process. When the filmmakers decided to use this scene they took care to see that the pig was already scheduled by its owner for slaughter for food and that the method used is traditional on local ranches and was quick and painless." Duffy further stated that AHA's concerns were being passed on by the Endowment to the makers of Heartland.

Despite Duffy's justifications, AHA rated Heartland Unacceptable and urged a boycott of the film, asking people to write to the Levitt-Pickman film corporation and to send their protest to their local TV, radio stations, and newspapers.