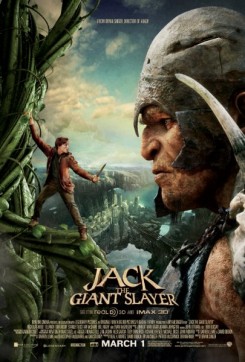 In this adventurous fantasy a bulk of the animal action revolved around horses and their riders.

All horseback riders were stunt riders or experienced actors who were skilled at riding, mounting and dismounting. All running/galloping scenes were well choreographed, and actors used caution while on and near animals. When teams of horses pulled wagons or carriages, the drivers were experienced and teams of horses were familiar with each other and accustomed to the pulling action. Whenever horses were seen tied to posts/fences, they were attached to lead ropes tied to posts. The horse(s) rearing was a trained behavior.

In the scene where a man gallops wildly through town, with the horse running through hallways and corridors, trainers and production instructed extras to give the rider and the horse extra room as they passed. The horse was provided with shade and water between takes.

In the scene where a cat meows at the actor, steps towards a bowl of water and runs off scared, trainers placed the cat in the doorway, and placed treats on his mark to have him run from point A to point B. In this same scene when the cat jumps out the window, a trainer stood outside the window and cued the cat to leap to him, using treats.

In the scene where a bird rests on a beanstalk and another actor shoots an arrow in its vicinity, the scene was shot in a studio. Production placed a fake beanstalk between two cameras. On one side was an elevated work platform, also known as a cherrypicker, where a trainer released the bird to fly from one side of the stalk to the other side where he flew into a catch cage held by another handler. In filming the scene with the arrow, the bird was placed on one side of the beanstalk and attached to a line to keep him from flying away. The arrow was a mechanism built to look as if the arrow tip came out from the backside of the beanstalk. The arrow didn't fly, it remained inert.

In the scene where a crow stands on a large leaf and a drop of water falls on him and he flies away, the water dripped from a tiny hose onto the crow. The crow was on the leaf for a few seconds before the trainer cued him to fly off into his cage.

In the scene when the sheep bunched up in the marshland, and one sheep jumps through the water, trainers placed grain on the ground to keep them in place, and one sheep was cued to run through the water. A light shower of warm water was created using a rain machine — the sheep were accustomed to being outside in the rain (as part of "farm" life) and the takes were short. The lamb which wandered off was leash-trained to stand, stay and come for when the handler cued him.

When lamb and Jack are trapped in the net, production filmed the lamb on set, then implemented the image for a CGI shot in the net.

The scenes with the circling birds, the pigs wrapped in a blanket, the bees in the honeycomb and the bird in the beanstalk were all done through CGI.

In the scene where the horses are tied together and pull apart the beanstalk, production placed a pulley in the studio with two chains attached to it. Two sets of horses are on attached to each side of the pulley (3 horses in a line on each side). Each take lasts three to five seconds where the horses pull on the chains in opposite directions, making it look as if the tree is being pulled apart. The American Humane Representative checked the harnesses to make sure they worked and were safely secured.

In the scene where Jack and the horse ride on the bridge toward the castle, a stunt rider rode the horse in a studio with greenscreen. The sides of the fake bridge and ramp were covered with green cloth and secured so it would not flap and frighten the horse. The ground was cemented covered with sand. The stunt rider kept the horse's speed at a slow pace.

In the scene where the Princess and Jack ride on the same horse to warn others of danger, the actors were trained in riding the horse. When they get off the horse, a wrangler was off-camera holding him so he wouldn't run off.

In the scene where rats crawl around a catacomb, production built two walkways on each side of the catacomb. Trainers placed rats on walkway to roam and wander freely. After filming the rats were picked up and placed back in their buckets.