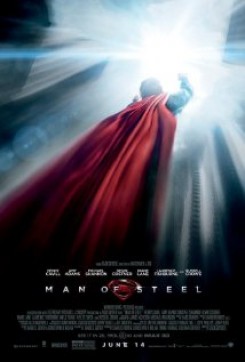 A new take on the classic comic follows journalist Clark Kent as he awakens to the fact that he has supernatural powers.

In a reimagining of the Superman comic book tale, you can expect some animals to be peppered throughout the film. The important thing to remember is that the American Humane Association was there to save the day!

Throughout the film, a character has a pet dog seen performing such mild action as sitting/standing/lying, being held or petted, and walking/running on or off leash. For all of these scenes, trainers used hand signals and verbal commands to cue the mild action, which the trained dog was accustomed to performing. The barking/growling was also a trained behavior.

The birds flying over the house were done through CGI.

In the scene where the dog barks at the front door, a trainer stood off camera cuing the dog to bark and scratch on screen door.

In the scene where the dog and actress ride in the backseat of the car, a trainer was able to sit behind the camera for most of the shots on a rig attached to the moving jeep. Dog was given water and food between takes. The actress had her arm around the dog at all points to keep him secure and the jeep moved at a very slow pace.

In the scene where the actor opens the car door and the dog runs out of the car speedily, a trainer was off camera cuing the dog to run.

The butterfly that lands on the wooden slab was fake.