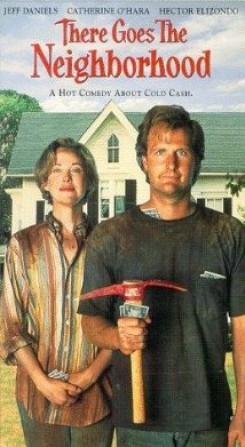 Willis Embry is in a rut with his dead-end job as a prison psychologist. One day a terminally ill inmate tells him where a fortune in stolen money is buried. Willis is unaware that another inmate has overheard the confession about the stolen loot and later escapes from prison with several other convicts to find the fortune. When Willis returns home to his modest apartment, he discovers a wire leading to an explosive device just seconds before the contraption blows the place to smithereens. He escapes harm, but the police assume he perished in the explosion and Willis seizes this opportunity to go after the buried money which is buried in a suburban basement. He forms a wacky partnership with a housewife, who is in the throes of a divorce, and the pair secretly start digging up her basement. Simultaneously, secret shananigans are occurring next door where the convicts have gone to the wrong address and hold a husband and wife hostage.

Animal action is minimal with a sheepdog appearing in several scenes accompanying neighborhood children. The dog is either running on leash or running across lawns as the children ride their bikes.