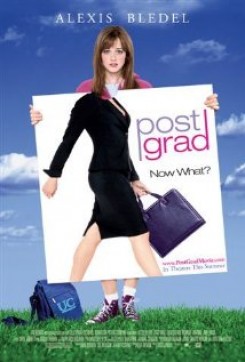 After graduating from college, Ryden Malby (Alexis Bledel) moves back in with her parents to interview for jobs and figure out her future, which isn't looking so bright in the competitive job market.

A cat runs across the lawn and out of camera range. In this brief and mild scene, one trainer stood in one spot to release the well-rehearsed cat while another trainer stood at the cat's end mark and used verbal cues to retrieve the cat. Streets were closed off and the cast and crew members allowed on set were limited.

A man holds the cat while standing at the front door and then sets it down. For this brief and mild action, the trainer crouched behind the door and handed the cat to the well-rehearsed actor moments before cameras rolled and then retrieved the cat right as the actor set it down.

The cat is in the driveway, when suddenly the car in the garage drives in reverse and a squeal is heard. Trainers verbally cued the cat to walk a specific path and stop in the driveway, where food was placed as an added incentive for the cat to stay. Trainers then removed the cat before the car was driven. The family then stands in the driveway, only seen from the waist up, discussing what is said to be the dead cat, although it is never seen on screen. No actual cat or prop cat was in this part of the scene.

For the cat's funeral, the family verbally addresses the "dead cat" in an empty pizza box. There was nothing in the box, and no dead cat was used in this film.