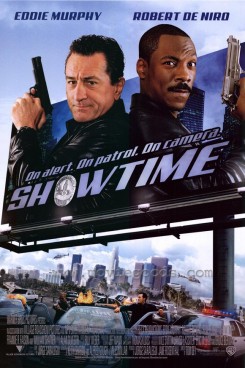 A spoof of buddy cop movies where two very different cops are forced to team up on a new reality based T.V. cop show.

When a boy tosses a magic rock into the air, it turns into a falcon and takes flight. This was done in separate shots without the child or rock present. To make it appear as if the rock turns into a bird, one trainer released a bird while another trainer stood on a ladder and called to the bird, which flew to the ladder. The shots of the bird flying were filmed while a trainer swung a lure on the end of a long leather line and cued the bird to fly around to get it.
Production provided documentation for the fake fish that is eaten and for the computer-generated snakes and crocodiles.
American Humane Certified Animal Safety Representatives™ did not monitor the brief scene with a dog or the fish in the aquarium.