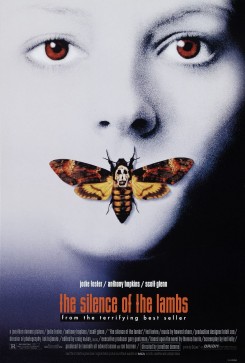 Silence of the Lambs

Not for squeamish audiences, Silence of the Lambs is a tense and terrifying thriller that will have you on the edge of your seat right through to the last suspenseful reel. A serial killer has the police stymied and women living in fear. The murderer doesn't just kill his female victims, he carves them up. When a member of a prominent family is kidnapped, the F.B.I. is brought in and a nation-wide search ensues to find her. The kidnapper is keeping the woman in a dungeon-like pit in his cellar. Clarice, an F.B.I. trainee, becomes obsessed with saving the woman's life. Her obsession relates to a haunting incident in her childhood when she tried to save a lamb from slaughter. Clarice hopes to gain insight into the twisted mind of the killer by interviewing an inmate who is being kept under tight security in an institution for the criminally insane. The inmate is a brilliant psychiatrist who is also a perverted and demented murderer, who cannibalizes his victims. When the doctor escapes, leaving a trail of gore, Clarice is challenged to match wits with him as she races to beat the kidnapper's deadline.

A dog figures prominently in the film's climax. Without giving away the plot, the scene was shot in cuts and the animal action was actually very simple. Insects are also important to the plot. The cocoon pulled out of a corpse's mouth was actually a melted Tootsie Roll that had been poured into a mold to create the proper form. Later, when the cocoon is dissected, the form was made of plastic and K-Y Jelly. Other animals seen briefly in minor action are butterflies, pigeons and two cats.