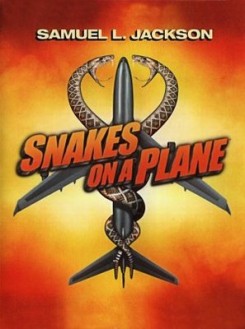 Snakes on a Plane

In this campy action thriller, FBI agent Nelville Flynn (Samuel L. Jackson) must escort the key witness in a mob murder on a flight from Hawaii to Los Angeles. The peaceful journey across the Pacific takes an unexpected turn when hundreds of aggressive snakes, high on pheromones, get loose and start a vicious rampage from cockpit to tail fin. With nowhere to run and victims dying left and right, Flynn rallies passengers and crew to fight off these serpentine scoundrels.