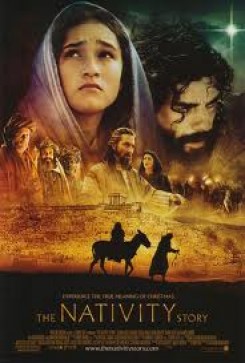 Because The Nativity Story was filmed outside of the United States, New Line Cinema made arrangements with American Humane to supervise the animal action on location in Italy and Morocco. Internationally shot films sometimes present a unique set of issues because the attitudes, customs and standards regarding the treatment of animals can differ greatly from those in the United States. While on location, the Certified Animal Safety Representative monitoring the production stepped in several times to correct basic housing and animal care needs that were not being met by the locally hired Moroccan handlers. Due to these issues, American Humane has rated this film Monitored Acceptable.

New Line Cinema, upon learning of these shortcomings, immediately intervened and provided uncompromising support for the safety recommendations of American Humane's on-set monitor. We greatly appreciate New Line Cinema's keen interest in the well-being of the animals used in the film, and their constant desire to rectify or avoid any problems detected during the production. We applaud productions that commit to the humane treatment of the animals in their films even beyond our borders, and encourage other producers filming internationally to make the same commitment. With vigilant oversight at home and abroad, we can move closer to our goal of protecting all animal actors.

To maintain the authentic look of this historical epic, animals appear in the background or as modes of transport in most scenes. In the opening sequence, a group of torch-wielding soldiers storms into Bethlehem on horseback. The special effects team lit and handed the torches to the five very experienced riders, who held them out and away from the horses during filming and returned them to crew members at the end of each take. An off-camera shepherd gave verbal cues to scatter sheep as the riders approached, and the horses were rested after each take. Horses run into or through villages in several other scenes, and the Certified Animal Safety Representative monitoring the production made sure all pathways were cleared of debris to ensure complete safety for the animals.

Many scenes take place in marketplaces, where several animals walk and graze freely in the background, or are carried and handled by actors. In some shots, extras carry the animals "fireman style" over their shoulders. The animals were comfortable with this action, and trainers allowed all animals to walk on leads between takes. The owl, cobras and other snakes seen in one marketplace were handled by experienced wranglers, and the children in the scene held only fake prop snakes. All animals had a shaded resting area and were wet down to keep cool when not needed.

Five camels accompany the three wise men on their journey to Bethlehem. These camels, lead by costumed wranglers, travel through the desert, the marketplace, a narrow passageway and down a set of steep stairs. For the stair shot, the camels slowly walked down a few steps and stopped at their end mark. The Safety Rep limited this action to three takes to prevent the camels from tiring. Experienced stunt doubles rode camels down the hill into Bethlehem, and the packs on the camels' backs were filled with straw to make the bundles appear bigger and heavier than they really were. The production also scattered sand on the ground for the camels to rest upon, as well as to cushion their footing.

Throughout the film, donkeys are used for riding, carrying goods and helping with daily village labor. In one scene, a group of travelers rides or leads several donkeys through a narrow, rocky mountain pathway. One shaky donkey slips and falls, knocking its rider to the ground and barely evading a tumble off the side of a cliff. This donkey was well-trained before filming began and the choreographed fall came courtesy of a combination of verbal and physical cues. A stunt man stationed at the rear left of the donkey gently pulled a rope attached to the animal's right front leg, and a rein was used to turn the donkey's head. The stuntwoman riding the donkey jumped down on cue, and three off-screen wranglers pulled the donkey away from the cliff's edge to complete the sequence. Creative camera angles and movie magic made this scene look like a serious spill, but the donkey was never in real danger.

When a donkey carries Mary (Keisha Castle-Hughes) across a deep flowing river in a later scene, a water snake scares the donkey and Mary falls into the rushing rapids. For this sequence, the production dug out a trench in a calm, shallow river and had a dam built upstream to control the water flow. Riders on jet skis stationed on each side of the river revved their engines as needed to create a current. Trainers attached a monofilament line to the snake, and this line was controlled by a snake handler and crew member. As a safety precaution, handlers kept the snake a minimum of three feet away from the donkey at all times. Two donkeys were used, which allowed trainers to dry off and alternate the animals in each take to prevent them from getting too cold over the course of multiple takes.

For shots of the soaring falcon in several scenes in the film, a falconer released the bird and another handler lured it over by swinging a bait bag. Each A to B trajectory entailed a maximum flight distance of 50 feet, and a flag barrier prevented "free flying" while encouraging a direct path to the end mark. The falcon wore a radio tracker and was kept in a cool, shaded area when not needed on set.

During the oxen sacrifice in the film, the actor lowered the blade only halfway, and a hard piece of leather protected the animal's neck as an extra precaution. The audience sees only the ox, filmed from the head up, being laid on the table; then the camera cuts to a close-up of the actor lifting and quickly lowering his sword. The sacrifice is implied and the sword never actually came in contact with the animal.

Toward the end of the film, Mary and Joseph (Oscar Isaac) stop to warm themselves by a fire with a friendly shepherd and his lamb companion. The Safety Rep made sure the lamb remained at a safe distance from the fire at all times.