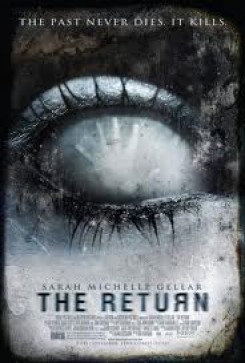 In this supernatural thriller, Sarah Michelle Gellar plays Joanna Mills, a young, successful sales representative for a company specializing in farm equipment. When Joanna starts having visions about the gruesome slaying of a young woman she has never met, she travels to the victim's hometown in Texas to investigate the crime. Though the murder happened 15 years ago, a cold-blooded killer intends for Joanna to be his next victim.

A portion of the film takes place at Luling Livestock Auction in Luling, Texas. The auction's owner and head wrangler, along with five other wranglers, handled the 73 steer and calves that were on hand for this sequence, often herding them into trailers or into pens through the auction barn corrals.

The filmmakers were able to film overhead shots of the pens, as well as shots of Gellar running through the area via a raised catwalk. Offscreen wranglers used hand signals and verbal cues to herd cows into pens. In some shots, a wrangler doubling as an actor on horseback can be seen herding some of the cows to and from pens. An offscreen trainer separated some of the cows from the herd and sent them in the direction of the mounted wrangler. The animals acted naturally, without being cued, once they were in their pens.

In one scene, Joanna runs from a man chasing her through the cow pen and hides in one of the stalls. For this shot, a stunt double took Gellar's part and the cow was not at all perturbed about a person being inside the stall. No crew or equipment was allowed in the aisles or in pens with the animals.