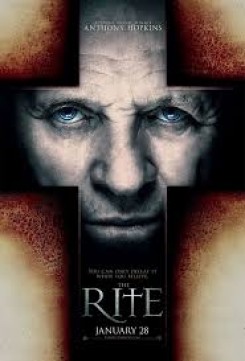 A young priest goes to Italy to study how to perform exorcism. He is not convinced exorcisms are real.

American Humane Association Certified Animal Safety Representatives™ were unable to directly supervise the animal action in The Rite because it was filmed outside the U.S. and the production did not establish a contract for our oversight. However, the production did provide a pre-release screening of the film, as requested by American Humane Association. The animal action included several scenes of cats wandering inside and outside a house, birds in flight, a frog removed from a pillow case and tossed to the floor, frogs swimming in a pond, a donkey with red eyes, and insects crawling on things.