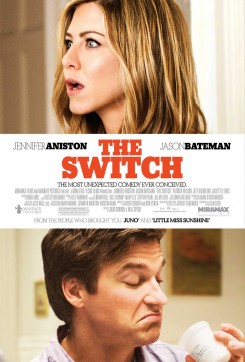 Seven years after the fact, a man comes to the realization that he was the sperm donor for his best friend's boy.

Throughout the film, Wally has a pet Airedale, which is seen performing such mild action as sitting, standing, being petted, walking on a leash and in a grocery store, and lying on a couch or dog bed. For all of these scenes, trainers used hand signals and verbal commands to cue the mild action, which the trained dog was accustomed to performing. For the brief scene in which Wally walks the dog out of a taxi and into a lobby, the well-rehearsed actor exited the stationary taxi and walked with the dog on a leash a short distance while trainers stood nearby. In one scene, the dog wears a birthday hat, which was loose fitting and did not bother the dog. For brief and mild scenes of the dog as a puppy, a puppy was placed on its mark and allowed to do whatever came naturally, which was mostly to lie on a bed and groom itself. The actor who threw the dog toy near the dog bed was well-rehearsed to toss the toy a safe distance away from the puppy. Cast and crew were introduced to the dog before filming and instructed on its proper handling. Sets were secured and trainers stood nearby to retrieve the dog between takes. The lobsters seen in the tank at the Chinese restaurant were part of the actual restaurant that production filmed in and were not touched or bothered at all. The penguins seen in the background as Wally and Sebastian (Thomas Robinson) talk were filmed at the Central Park Zoo, which was their home. They were merely in the background doing whatever came naturally.