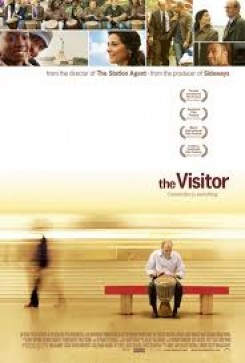 After attending a conference in New York, a college professor returns home to find that a young couple is now living in his apartment.

Jacob (Richard Kind), one of Walter's (Richard Jenkins) neighbors, is holding a small dog while talking to Walter. A 4-year-old Brussels griffon named Walter played the part. Walter wore a lightweight sweater custom-made for him. He was accustomed to wearing dog clothing. The actors and the dog were introduced to each other ahead of time and were comfortable with each other. The trainer handed the dog to the actor right before filming began and then stood off-camera and retrieved the dog right afterward.