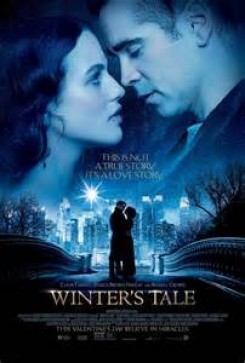 When a burglar with the gift of reincarnation falls for an heiress who dies in his arms, he sets out to save her.

All horseback riders were stunt riders or experienced actors who were skilled at riding, mounting and dismounting. All running/galloping scenes were well choreographed, and actors used caution while on and near animals. The horse(s) rearing/kneeling was a trained behavior. The horses were specially trained “falling horses” and “lay down horses” that fell on cue onto a soft landing area. When teams of horses pulled wagons, carriages or slays, the drivers were experienced and teams of horses were familiar with each other and accustomed to the pulling action. Whenever horses were seen tied to posts/fences, they were attached to lead ropes tied to posts.

In the scene where the lead actor’s horse and gets surrounded by men and trapped with a net, the horse was well prepped and trained for this scene. As the men surrounding the horse close in, the trainer cues the horse to rear up. The horse follows suit. That’s one shot. Then trainers help the horse lay down in another shot. As they horse is lying down with the help of the trainer and his assistants, they place a rope net over the horse.

In the scene where the horse reunites with his owner on the rooftop, trainers transported horse to rooftop set with a wooden platform. Mats were placed on the platform for stability.